What is the working principle of an Electric 3 wheeler controller

The controller is composed of peripheral devices and th […]

The controller is composed of peripheral devices and the main chip (or single-chip microcomputer). The peripheral devices are some functional devices, such as execution, sampling, etc., which are resistors, sensors, bridge switch circuits, and auxiliary single-chip or application-specific integrated circuits to complete the control process Device; a single-chip microcomputer is also called a microcontroller, which integrates the memory, a decoder with a conversion signal language, a sawtooth wave generator, a pulse width modulation function circuit, and a power tube that can turn on or off the switching circuit on an integrated chip. The on-time of the power tube is controlled by the square wave to control the motor speed, the drive circuit, input and output ports, etc. are integrated together to form a computer chip. This is the intelligent controller of the Electric 3 wheeler.

The design quality and characteristics of the controller, the function of the microprocessor used, the power switching device circuit and the layout of peripheral devices, etc., are directly related to the performance and operating status of the vehicle, and also affect the performance and efficiency of the controller itself. The controller, used in the same car, equipped with the same set of batteries in the same charge and discharge state, sometimes shows a big difference in continued driving ability.

1. Keep the controller as dry as possible to prevent water from entering. The controller is composed of small originals, which will burn out in case of a short circuit.

2. Be sure to open the car lock when starting and close the electric door after getting off the car. Normally, the tires should be fully inflated. The car should avoid long-term sunlight exposure in summer and avoid storage in high temperature and corrosive environments.

3. Always pay attention to the appropriate brake tightness to ensure that the controller runs smoothly.
The brake material, weight and speed of electric vehicles are the main causes of noise. At present, there are three types of brake devices for battery cars on the market: holding brakes, expansion brakes and suspension brakes. Among them, the expansion brake with better performance has low noise but is expensive. For the sake of reducing production costs, the current front brake of the battery car uses a suspension type, and the rear brake is a hug type. When the vehicle speed exceeds 10 kilometers and the resistance required for braking is not enough, the brake lever will be contracted to increase the friction between the brake pad and the brake disc and achieve the purpose of fast braking. At this time, a "creak" will be produced.
The battery weight of most trams has a certain limit. Some manufacturers remove the speed-limiting resistor and artificially accelerate the speed in order to cater to the "quick" needs of consumers. This makes the brake parts of the battery overloaded, and it is easy to make a harsh sound. 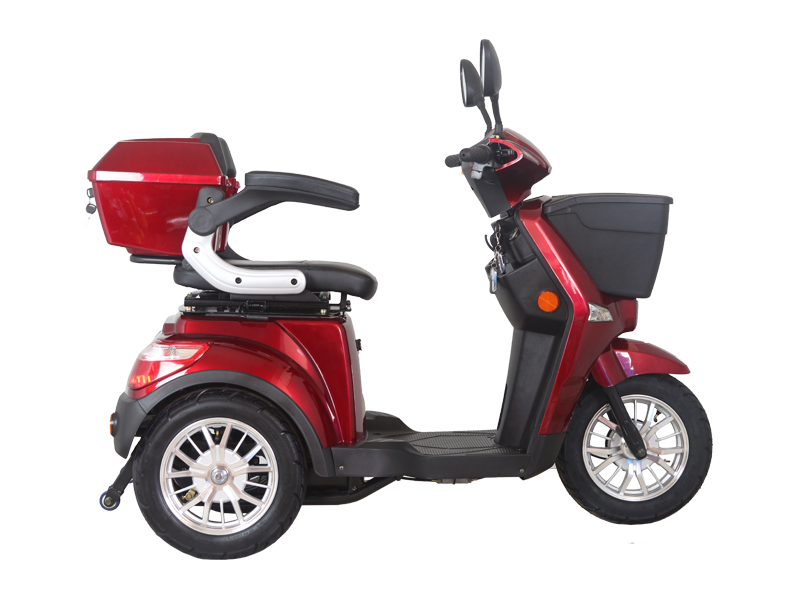