If you master some skills when using an intelligent el […]

If you master some skills when using an intelligent elderly scooter, the elderly will have a longer service life and better performance. The following are some basic common sense issues for elderly electric vehicle batteries:
Q: Does the newly purchased electric scooter need to charge the battery before use?
A: Yes. There is a turnaround process for the battery of the elderly scooter from the factory to the loading and then to your hand. During the turnaround period, the battery will be insufficient due to self-discharge, so the battery must be charged with the car charger until it is sufficient.
Q: What should I do with the battery when the electric scooter is not in use?
A: The battery must be fully charged and stored, and the battery must be replenished once a month to avoid the battery capacity decline due to long-term storage of the battery due to sulfation of the electrode plate, or even scrapped.
Q: What happens when I use the elderly scooter in winter? How should it be avoided as much as possible?
A: In winter, when you use the elderly scooter, you will feel that the continuation mileage has dropped significantly (more obvious in the north), which is normal. Because in a low humidity environment, the battery charge acceptance capacity decreases, and then the electrolyte viscosity increases, and the electrochemical reaction resistance increases, resulting in a decrease in battery capacity. Therefore, consumers should avoid leaving the electric elderly scooter outdoors overnight or charging in a low temperature environment when using it in winter. 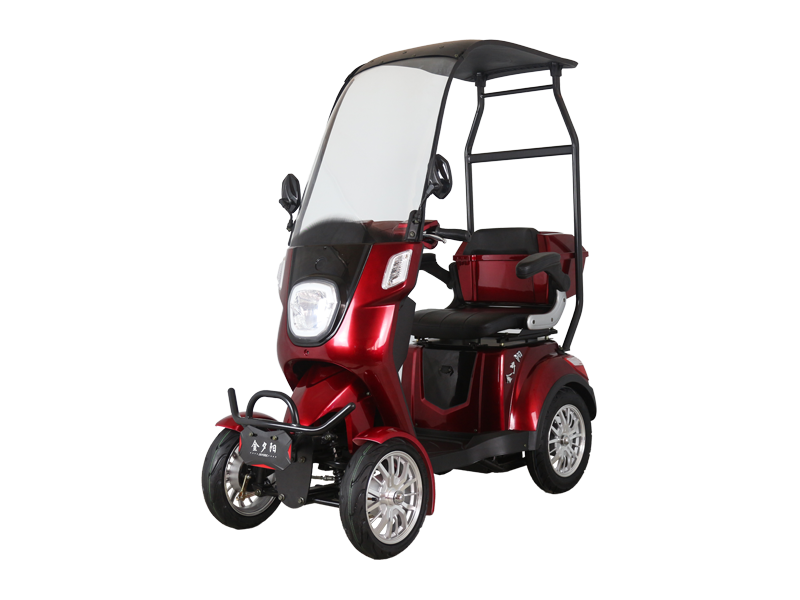 Q: What is the harm to the battery when the battery for the elderly is overcharged?
A: If you are using a low-quality charger or the charger is faulty or the battery charging time is too long, it will cause the battery to lose water and increase the weight. The electrolyte will dry out prematurely, which may easily cause deformation of the charging drum and terminate the service life of the battery prematurely.
Q: Is the problem of short battery mileage for electric elderly scooters?
A: Not necessarily. When the elderly scooter battery ages and the capacity decreases, the continuation mileage will be shorter, but the following problems that are not part of the battery will also cause the continuation mileage to be shorter:
01 When the efficiency of the motor decreases, the useless work done increases, wasting power and shortens the continuation mileage;
02 The inferior charger undercharges the battery every day, which makes the battery capacity insufficient and causes the continuous mileage to decrease day by day;
03 The poor controller makes the electric scooter starting current too large, the starting time is too long and wastes electricity, resulting in a shorter driving range of the electric scooter;
04 The friction coefficient of each moving part of the inferior electric senior scooter is too large, or the mechanical transmission resistance is too large, it can also cause a waste of electricity, which leads to a shorter mileage;

0
PREV: Care and maintenance of elderly scooters      NEXT: What should be paid attention to during the use of the elderly scooter battery
CONTACT US